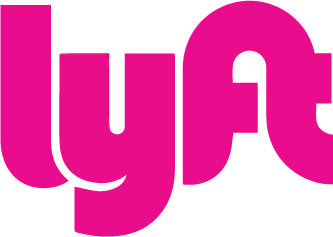 ​Lyft’s app for drivers is getting a major overhaul

Lyft is updating its app for drivers, adding features like 24/7 phone support in English and Spanish, and a “destination” option that lets some drivers pick up fares on their way to and from work.

Lyft’s driver app, which first debuted back in May, is being updated to allow drivers to connect with a customer service representative at the touch of a button. Lyft says it made the decision to add costly 24/7 phone support after listening to feedback from drivers. A common complaint among ride-hail drivers is the lack of communication with actual employees of the app for which they drive. For years, email was the only way drivers could get questions and concerns addressed, and only recently have Uber and Lyft heeded the call for more robust lines of communication.

But 24/7 call center support is not cheap. Lyft, which recently netted $600 million from investors, says these calls will be answered by a combination of Lyft employees and contractors, while declining to provide a specific breakdown of how many of each. “Our customer support center is based in Nashville with partner sites in select cities across the US,” a spokesperson said. “We’ll also have Spanish phone support available based in California, Orlando, and Central America.” Presently, Lyft is only available in the US, but is reportedly eyeing a number of market soutside the States for possible expansion.

Other new features include a “destination” option that allows drivers to input a specific location (like work or home) and pick up fares that are along their preplanned route. (Uber is also doing this.) Drivers will also now be able to access “ride guides” that use “historical data from Lyft requests to give individual drivers hints on where they should go to get their next ride,” the company says. And Lyft drivers will be able to schedule “high-earning” trips through the app ahead of time. (It’s unclear how this will dovetail with the preexisting feature that allows users to book rides ahead of time.)

Surveys suggest that Lyft drivers are happier than those that drive for Uber, citing higher earnings and better customer service from the app company. Lyft is also better at retaining its drivers. A recent analysis by Apptopia suggests the smaller ride-hail service is more adept at keeping drivers on its platform than its larger rival.

Lyft is hot on the heels of Uber, which just added 24/7 phone support for its drivers last July. This came after Uber added a tipping option to its app, a feature that Lyft had offered since first launching in 2012. With Lyft aiming to take advantage of Uber’s annus horirbilis (as Kara Swisher calls it), the two ride-hail services are looking more similar than ever before. Uber is still exponentially larger, with thousands of more drivers and riders than Lyft. But while Lyft wants to be seen as “woke” alternative to the bumbling Uber, its internal mechanics have become practically indistinguishable from its beleaguered rival.